Only two hours of riding today, starting at 10 o’clock. Woke up and didn’t really want to get out of bed at all. I would like to stay here forever and just ride. I got out of bed eventually, had a smaller breakfast and got ready for the last ride. It almost felt like doomsday. I know it’s silly, but I really like it here.

Once in the stable I got my ride - Monty. He’s a very cute, soon to be grey horse; right now he is white with grey areas. He was a real pleasure to ride, light in the hand, fast and loved to jump and run. I got to ride right behind Noni and I soon realised that everything Hero, Noni’s horse, did, Monty did too. When Hero jumped up and down, so did Monty. As soon as Hero cantered off, so did Monty. Monty was a Hero wannabe.

We jumped in the forest and on the fields. Monty, being young and rather inexperienced, cantered with his head really low. I was worried he would fall on his head over the fences. For me it was a good thing though, as it made me straighten my back, sit back and wait for the jump. This made the jumps much better - finally I felt like I found my jumping position. We got several really good jumps and it felt really great. I even dared not to look at the fences. 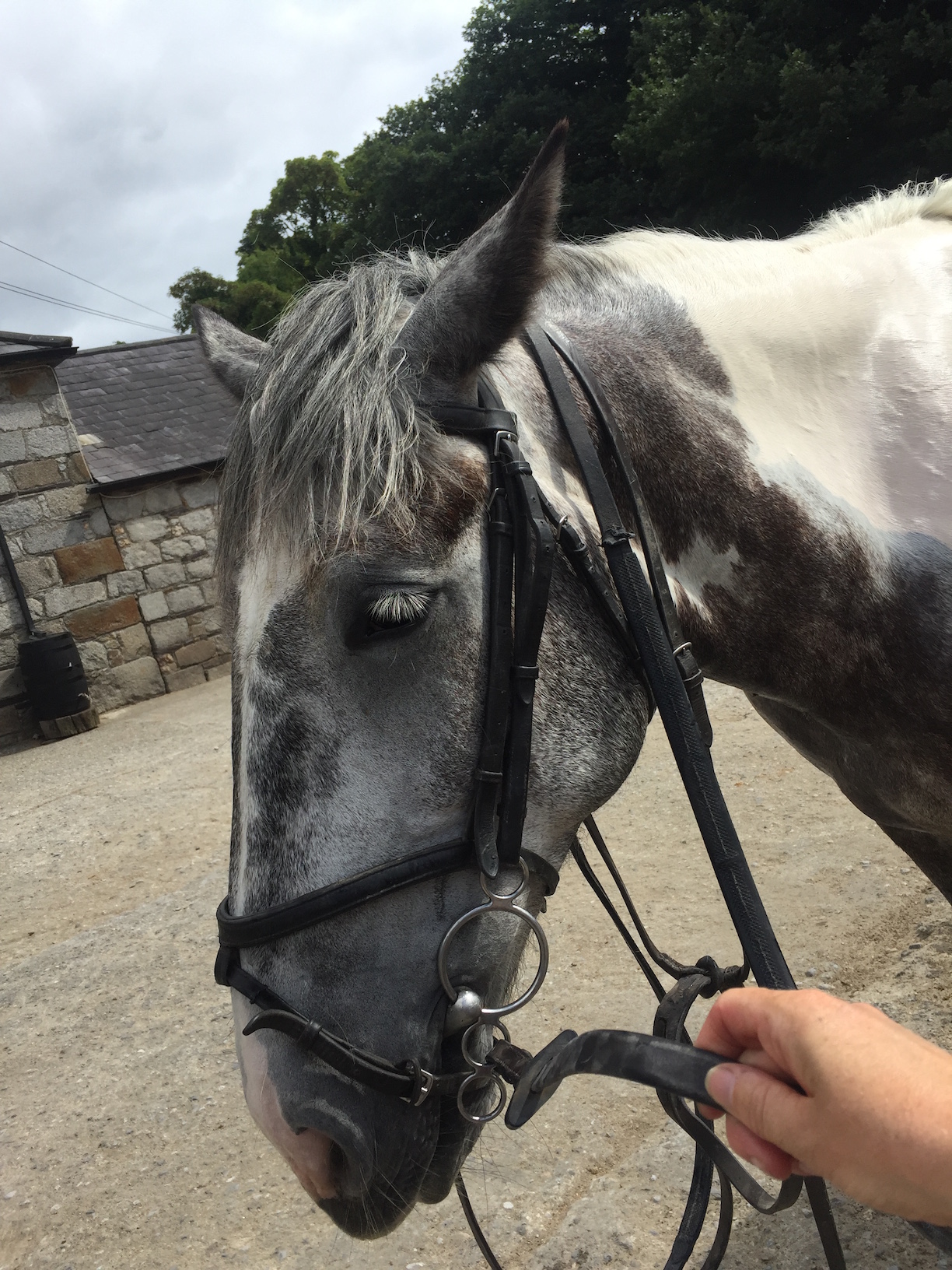 With Noni in front of me I could mimic her riding and let my eyes rest on her helmet and we got jump after jump in a great flow. Noni also told me that she never grows tired of the view over the ocean and the way the water changes colour with the weather. After an hour of jumping we rode up the mountain for the last time. We got some fast canters uphill where Monty did everything he could to catch up to Red Milly, the leader horse of the day. On the way out I finally got to see the foal I knew was hidden somewhere on the premises. 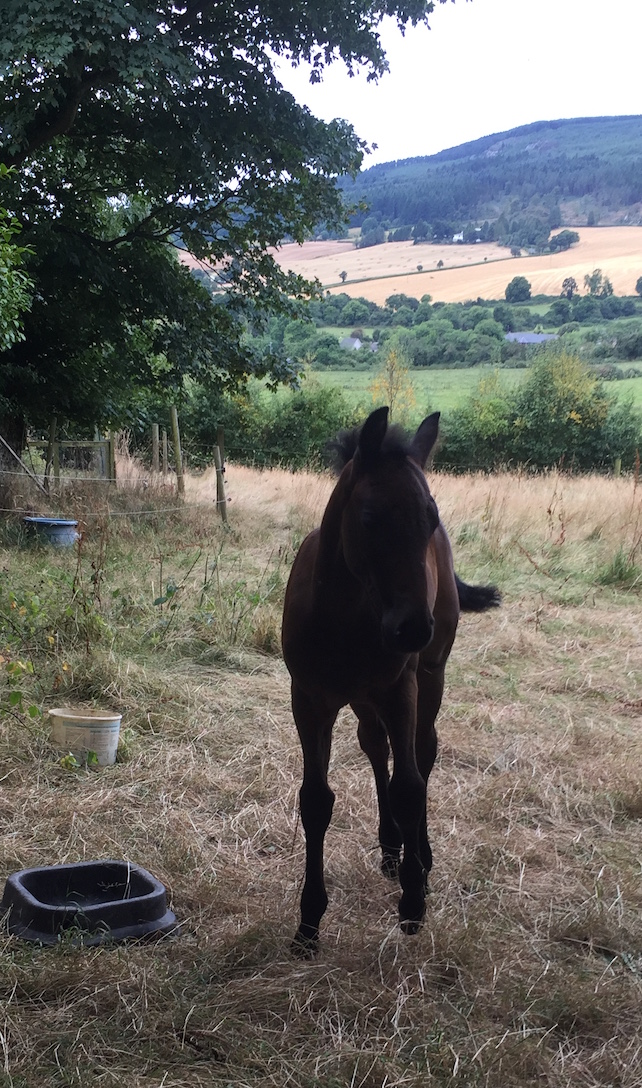 After the ride, we had lunch and then spent the afternoon measuring the fences. As we didn’t have a good measurement tool we used the power cable of an iPhone. We think the highest jumps are about 90 cm. That’s solid fences, that wont break if you touch them. It’s kind of scary when you think about it. The evening was also spent in the hotel, resting and watching the Olympics.