A lesson aimed at practising more than just the riding between the fences.

We started off with some ground poles on a volte, first in trot and then in canter, to get the horses warmed up. We also added a smaller volte on the short side, where we began with half pass in walk and later in trot.

After that we moved on to fences on the long sides. On one side there where two fences with two to three strides in between. On the other long side there was only one stride between the fences. We also jumped the fences on the diagonals. Jumping combinations with few strides in between is a good way to practise jumping higher fences. The horse get help from the first fence and then you can add height to the second one. 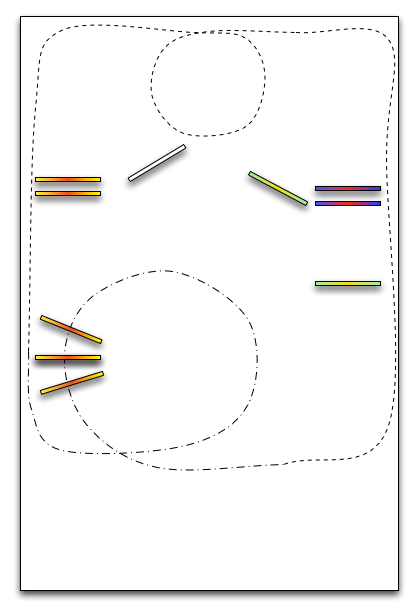 We started jumping on the red/yellow fences with a height of about 50 cm. The first time around Nemah jumped one of her unexpectedly high jumps on the first fence and then an even higher jump on the other. I think I was about 2.5 meters up in the air, with Nemah being only 1.5 metres up. Pure luck made sure I landed on Nemah, and not on the ground.

When the fence was heightened to 85 cm I started feeling insecure, me and Nemah has never jumped that high in the arena. But we got over the fence and it felt really good. Nemah jumped better the higher the fence was and it was easier for me to follow her jumps.

One thing that wasn’t as good was Nemah deciding the gate was scary and she was not to jump it. I had to persuade her to jump it, the first time we tried she stopped, but the second time I made her jump it from walk. It was not as high as the other fences, she could without a doubt walk over it. Once over it, it magically stopped being scary. 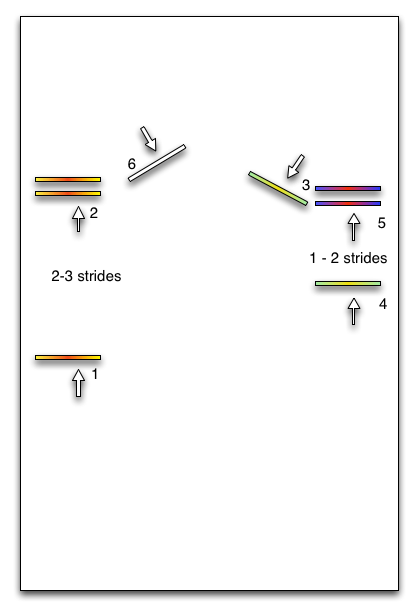 I tried to remember to add another stride before every fence, like we talked about last time, and Nemah quickly understood what I wanted. Marie said jumping combinations was good because you had to ride the horse more forward, but that did not apply to me and Nemah. I had to focus on calmer and slower as usual. It was a great lesson once again and I can't wait for the next one.