Tigger's Song from Winnie the Pooh and Tigger Too

Bounces, bounces, bounces. Not just one or two but a whole lot of them in a row. Time for yet another fun show jumping lesson. This time the horses was to get a good workout, jumping several bounces. Bounces are fences placed so close together that the horse lands and then directly jumps the next fence. With ordinary fences there can be everything from one stride and more between. Bounces builds strength in the horses and make the horse more aware of where it puts it’s feet.

We started off with some trotting poles, but as the lesson moved on Marie added fence after fence after fence, until they where all up and we got a course to jump. But now I am moving ahead of myself.

For me and Nemah the first set of trotting poles was no problem, but the ones with a longer distance between them was a bit harder. When I focused on the correct pace and where we were going we managed to get a really nice steady rhythm over all the poles. It's much easier to feel the rhythm of the horse when you look where you going instead of looking down on the horse. 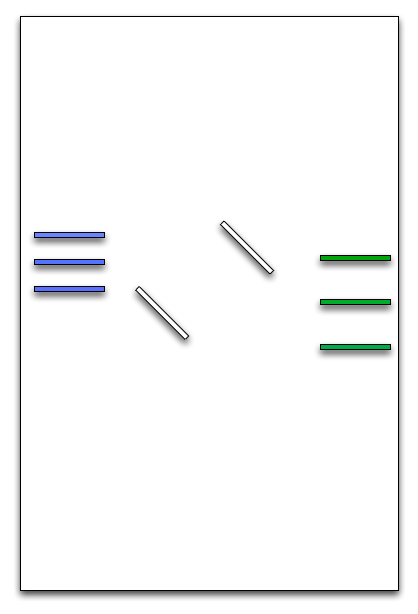 We also tried the white diagonal out, from the beginning with white poles on the ground. If you have ever heard of the Great White Shark you might understand Nemah's point of view. White poles have gigantic fangs and you need to stay as far away from them as possible. Nemah jumped as if the ground poles where houses. And then Marie made fences out of the poles. The first one was an ordinary fence, the other a gate (a scary fence for many horses). Nemah jumped the gate like it was nothing special and when she got to the smaller fence with poles she jumped so high I almost fell off. Crazy horse!

On the same white diagonal Nemah started to run away from me before the first fence and then just kept on running over the second one. Marie had a solution to my problem - I had to come to a full stop between the fences. After doing this twice Nemah understood that she was not to run off like that. She is quite smart that horse.

The course at the end was really fun. As the more heavy horses started to look half dead, Nemah felt better than ever. When I remembered to look where we were going it felt even better. On one of the jumps over the bounce series I could hardly feel Nemah jumping, what an unusual feeling! 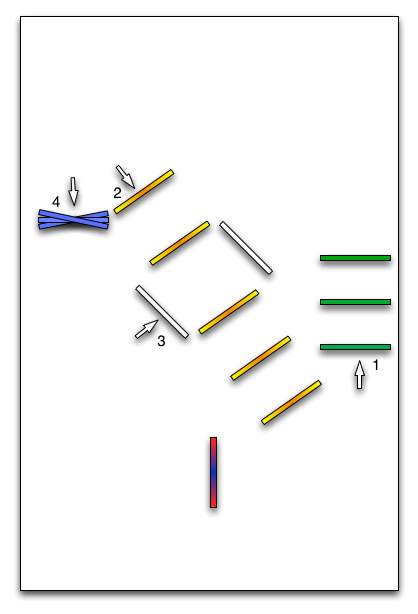 After the lesson Nemah got a lot of praise. Marie commented on Nemah's progress. She really likes the positive attitude Nemah shows toward jumping. Ears are always pointed, and she keeps looking for the next fence. Her jumps are getting better and better and she has gotten notably stronger. Our communication has gotten a lot better, and Marie said she could really see how Nemah struggles to understand what I want her to do. We are growing more and more into a team.

It's not only Marie noticing how much better things are between me and Nemah, I can also feel it and it's a wonderful feeling.