No, really, there isn’t. The only way to reach your goal is to work hard and learn to push back when things get hard. And this day, me and Nemah pushed back! We started working on that canter of ours. The one that just keeps running away from us. To help us on our way we had Maria Sundin.

The lesson started the same way as last time. We practised starting and stopping with the softest of aids. Due to spring time and fur shedding Nemah was a bit off her game in the beginning. Walk to halt worked almost perfectly. The trot to walk transitions also worked really well, but when we started the trot to canter transitions she woke up and started acting like herself again. We did get some really nice transitions to canter, and she listened a whole lot better than last time. I really like how we get to start every lesson with the basics, trying to refine our communication. As a warmup exercise transitions are great as they force the horse to start using their hind legs more. They also make me realise that I don’t need to fight Nemah, I just have to tell her and trust that she will do as I ask.

The next exercise was leg yielding on a smaller square. We started on the right rein. The first step was to cut off a corner and when we reached the wall we simply moved the horse sideways, away from the left leg. After about 15 meters we turned the horse inwards for a leg-yield away from the rider’s right leg. When we got close to the wall again we moved the horse forward and once at the wall we started a leg-yield away from the left leg. On the last side of the square we let the horses rest for a bit and just move forward. And then we did it all over again. It took a lap or two to figure this exercise out, but when we did Nemah felt like she was born to leg-yield. I just had to think what I wanted her to do, and she did it! 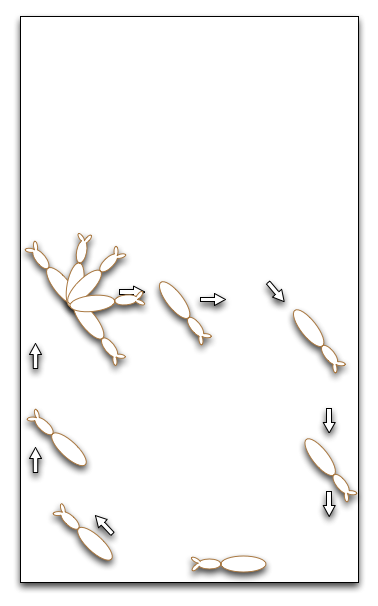 Both me and Sabbe needs to practise our horse’s canter, even though we do it in different ways. I need to slow Nemah down, and Sabbe wants Spex to move faster. The exercise we got to ride was riding along the fyrkant with the horse bent to the outside on one side and to the inside on the other. This was really hard, but Maria pointed out that you can’t get good at a thing if you don’t practise it a lot. On occasion Nemah felt okey and she did slow down when I didn’t let her run away. I had to focus a lot on not giving away to much rein when she did as she was supposed to.

After the canter we practised feeling the trot and how the horses moved and then the lesson was over. A great lesson once again. The way Maria thinks about horses and riding really suits me. She did point out that both horses looked better than last time she saw them and she found it funny that me and Sabbe rode that much alike even though we have two rather different horses. She also suggested that we should change horses with each other to get a better feel for the fact that riding is just riding, no matter what horse you sit on. Horses like Nemah, who likes to run fast, should still be ridden in the same way as a more slow-moving horse, like Spex. If we loose our prejudices about the horse we’re sitting on riding would be so much easier. I tend to agree and will try to ride Nemah more like any other horse from now.