A new lesson in show jumping. This time Lennart joined me on Spex in addition to the usual three ponies.

The warmup was free, followed by three trotting poles on a volte. The middle pole was raised a bit from the ground. Nemah felt really great this day, she listened to my aids and slowed down when I asked her to. Spex on the other hand figured it would be easier to jump the middle and end pole as one, instead of having to lift his feet, giving Lennart some extra work trying to make him trot. After this we split the group in two with me and Lennart constituting the second group. 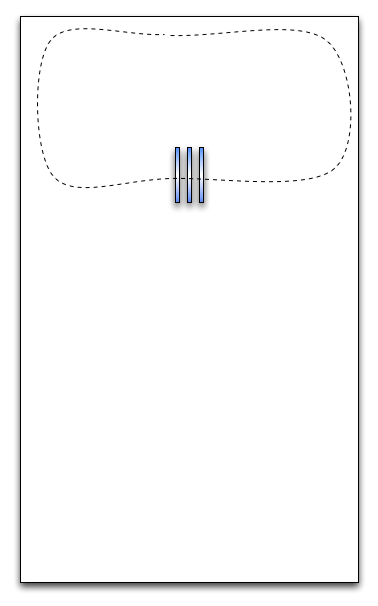 Marie put up a fence on the diagonal with a pole on a trotting distance before it. We landed in canter and jumped another fence with canter poles before and after. Nemah found the trotting part really hard and and when Marie raised the pole to a fence, Nemah tried to stop, then decided to jump anyway. This resulted in a knocked down pole, a so called “helicopter jump” over the second fence, and me loosing my balance and a stirrup. It took a while for us to find our balance again but at least I didn’t fall off. The next time around Nemah jumped everything really well without touching the scary poles. She is really quick to learn. 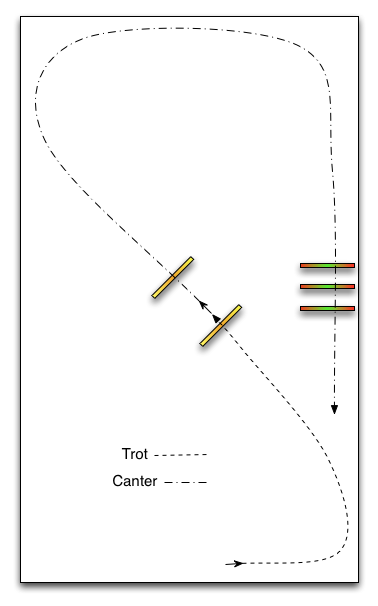 After this we got to jump both diagonals, first the one in trot and then the other in canter. There was supposed to be three or four strides between the fences but most of us got only two. Nemah felt really great now, and I could actually start letting her choose the pace and get her to calm down when we got near the fences. I could also start focusing a bit more on myself, staying more upright och trying to remember to look over the fence to where we were going instead of looking at the fences. 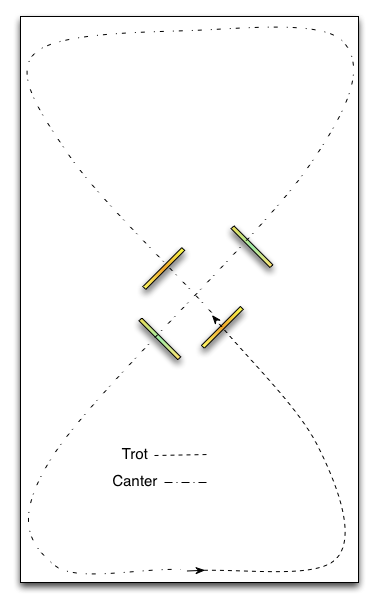 The next fence to get over was the dreaded wall, first from one direction and then from the other. Nemah had again decided that it was horse-eating and stopped twice. The second time I almost fell off as she decided very late to first stop and then throw herself to the side. The third time around I managed to convince her that she could, and should, jump. And did she ever. The 50 centimeter wall was turned into an elephant with fangs on it’s back and she flew high above it. 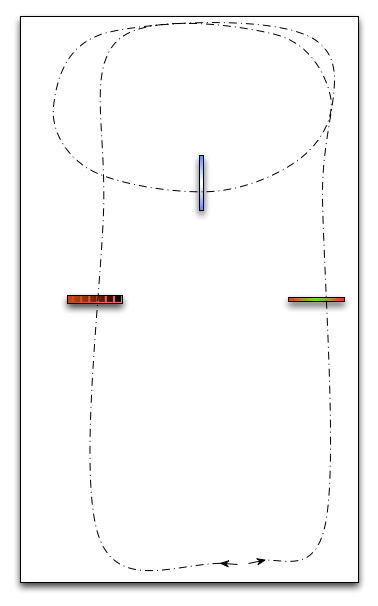 As a last exercise we put all the fences together to a course, which we jumped twice. To make us focus some more Marie let us jump the fence on the quarter line volte in both directions. Nemah felt really good and when I focused she focused as well and we got some really nice jumps. 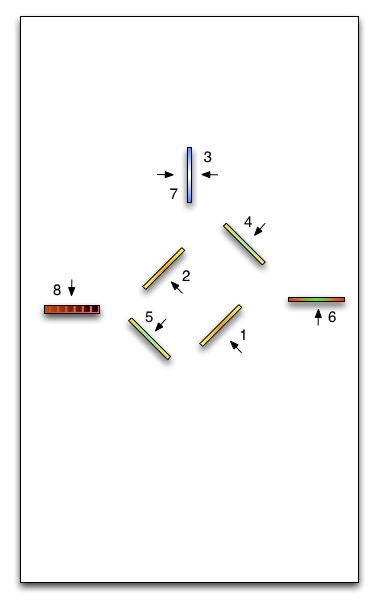 I got a lot of praise for Nemah’s attitude, she really loves her jumping, she stops and thinks and tries to jump off at the correct place and corrects herself when she feels she has the wrong distance to the fence. Marie told me she could really see how Nemah has started to think about how she jumps now, where she before just jumped with speed. She also said she could see how we evolve from each week and how our communication gets better. I can also feel this. It’s an amazing feeling. When we all were done we walked home in a steam of warm horses and riders.