New day, new lesson. This time in show jumping, with the next door stable owner, Marie, as our trainer.

The ride started with a couple of half crazy-horses running around in a paddock just outside the arena. On the inside we had five equally tense horses wondering what all the fuss was about. To get the horses thinking of something else we started off with some trot over poles. The exercise was to trot in a straight line towards the poles and keep the same pace over and after them as we did before. It took a couple of tries until I could get Nemah to wind down and relax, but when she did she felt wonderful. 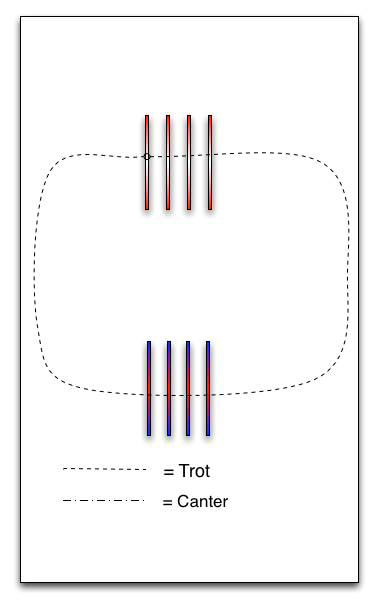 The next exercise was to ride on the diagonal over a pole on the ground followed by a slightly raised pole over which we where to strike off at a canter. Nemah thought this exercise to be quite useless. Why trot over the first pole when you could canter the whole diagonal? After a couple of tries I managed to persuade Nemah to do it properly. Once all the horses got the exercise Marie raised both poles to fences and we got to strike off at canter on the first fence. Finally some real jumping, Nemah seemed to think. 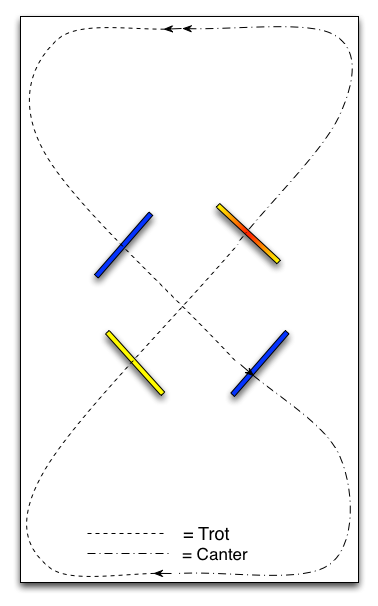 After this we went back to the square in the middle and practiced striking off at canter over the first pole on the ground. As we had to make a transition to trot between the poles it was quite the challenge for me and Nemah. 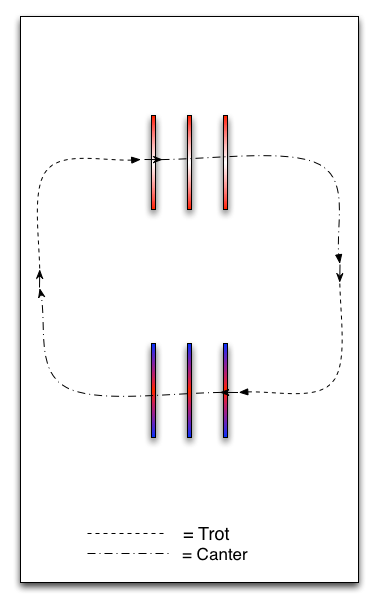 As the last exercise of the day we put all our fences together into a course and jumped that a couple of times. Nemah was her ordinary superfast self and my job was to try to slow her down as much as I could. On the diagonal lines Nemah managed to fit in two strides instead of the desired three, but with me sitting more upright and her listening a bit more, we got the wanted three the second time around. 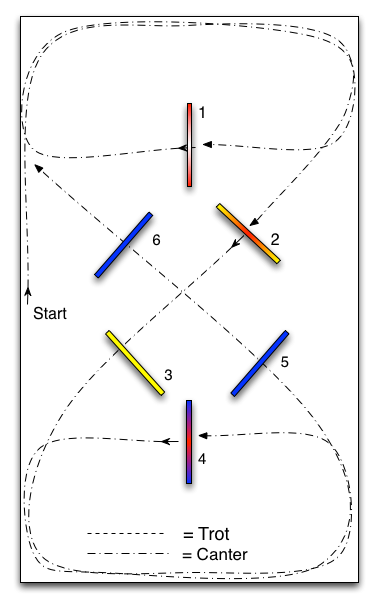 All in all it was a fun lesson. Things I need to work on is not letting Nemah run away from me (I seem to have heard this somewhere before) and keeping my body more upright.