I have decided to try to put my riding lessons in print, partly because I think there are people out there that might find them interesting, but mostly as a way for myself to analyse our progress.

Recently we rode a lesson in Working Equitation (WE). WE is a bit like dressage, we use the same exercises as in dressage to get us through different obstacles in the arena. I’ve been riding WE for a while now, but still feel like a beginner every time. I ride these lessons in a group of around four equipages.

This particular day we started by riding zigzag around fence stands. This is a great exercise for warming up both horse and rider. The focus should be on making the half circles equally big and of the same distance from the stands. We also need to make the change of direction in a good way and make sure the horse does this in balance. The horse's back hooves should be on the same line as the front ones. Acquiring this forces me as a rider to really make sure I have control over both my own body and my horse's. The zigzag clearly shows weaknesses in both rider and horse. I got comments that I should ride more slowly and actually turn Nemah around the pole. I also needed to watch her outside so she wouldn't let her hind legs float away outwards. 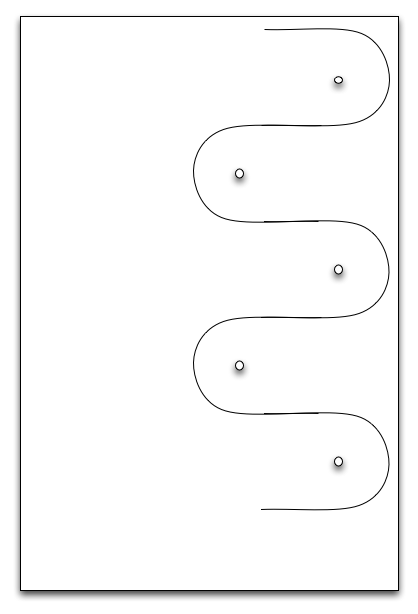 The next exercise was walking across a bridge. Outdoors Nemah does this without hesitation, but in the arena the bridge turns into a horse-eating monster, impossible to go near. This day she just couldn’t muster enough courage to walk over it. After a while we decided to let her off the hook, only two horses made it over. In WE it’s important not to pressure your horse into doing things it doesn’t want to or is scared of. We want them to feel confident and trust their rider and that is not done by putting pressure on them. You don't fail, you just need to practice more on the hard things.

After the bridge we went on to ringing the non-existing bell. This exercise is normally done with a bell on a fence stand. To get to it you ride between two poles on the ground. Once you are close enough to the bell you stop and ring it, stand still for a bit and then back out the way you came in. As our trainer, Jackie, hadn’t brought the bell with her, we had to improvise, so we just stopped, practised the stand still and then backed out again in a straight line. This might sound easy, but getting a horse to stand still when it knows it’s supposed to back out in a second is hard. And in the case of Nemah, making her back out slowly is even harder. Yet another thing I need to practise more.

As the last exercise of the day we practised side pass, which means the horse moves sideways and crosses its legs. In higher levels of WE you do this with the front legs on one side of a pole and the hind legs on the other. As we are newbies we do this between two poles instead. That is hard enough for us. Again I got the instruction to do it more slowly. What I want is to feel a flow in the movement and not a lot of stops or Nemah just running through it all. She needs to go more slowly to be able to do it in a more correct way. 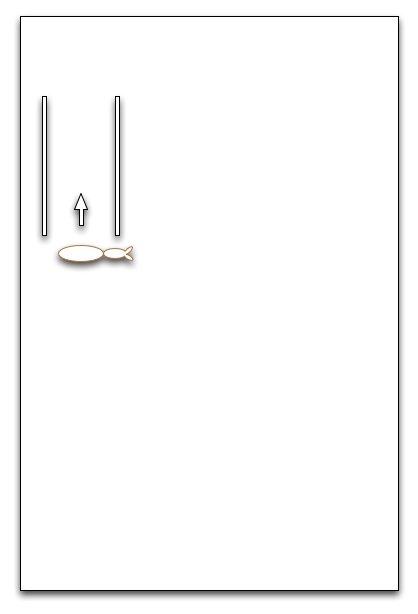 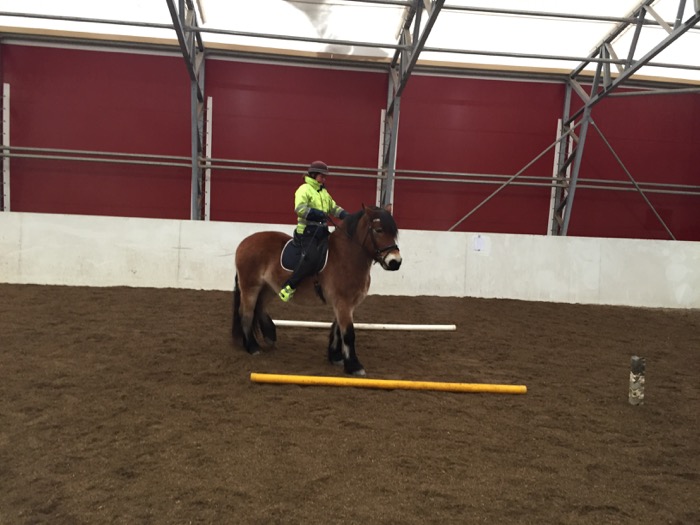 All in all it was great fun, and Nemah felt really great in the end. She relaxed nicely and seemed to enjoy herself. I need to focus more on getting Nemah to go slower and I also need to be more meticulous when riding and not let Nemah decide what to do and where.