Sorry that I'm a year late, Adam said.
What do you mean? I replied.
Well, I haven't watched your talk from last year until now, but now I've done so and it's great. Alliterations, well-rehearsed, inspiring. I felt a bit fatigued earlier, but got energised by seeing it.

At this point, I felt like I had already won. No matter how this year's edition of Agila Sverige would turn out, I had already grown a few centimetres. Such praise coming from one of Stockholm's finest and most inspiring speakers, was indeed high praise and I wear it as a badge of honour.

And the conference hadn't even started yet.

We were standing outside the main conference room, breaking fast with all the other attendees. Surrounding me was what I consider to be a good chunk of the elite of the Stockholm agile community. Like every year, some notable faces were missing, but that's simply the reality of any given conference. As much as you want it to be like Pokémon, you cannot collect everyone at the same place, at the same time. Still, after having attended Agila Sverige every year since 2011, Kim and I now greet vastly more friends and peers than admire demi-gods from a distance. I've always felt Agila Sverige to not only be above all other conferences, but above all being and feeling like home. I'm hard pressed to conceive of a warmer, more welcoming gathering of wit. For anyone making the most of the conference, i.e. being an active participant and engaging in the open space sessions and the hallway track, the crowd swiftly swallows you and make you one amongst friends.

Over the next two days, we would listen to lightning talks given by new and old talents alike. The level of the talks stand head and shoulders above any other conference I've attended. The amount of effort and care that has gone into them is not only noticable, it's palpable.

Indeed Pascal, it takes an enormous amount of time and effort to distill something to its essence. Anyone can ramble on and on for hours and in that endless stream of words include all that needs to be said. Doing it in ten minutes is an artform - one that expertly was displayed over and over again.

So good. Such brillance. Many teachings. Much wisdom. Very enlightening.

Just before lunch on the first day, it was time for me to hold my talk. The time slot was quite an upgrade since last year as I didn't have to fight my nerves for one and half days before delivering it. Also, I was confident that I could pull it off. Last year's Den andra familjen had been very well received and now, like then, I had been drilled and whipped and encouraged by my secret weapon when it comes to writing speeches: Kim. Her invaluable feedback led to the pivotal decision of throwing away the talk I was writing with my head, and rewrite it with my heart instead.

Getting prepped before getting up on stage I got another remark. Your talk last year is one of the few I still remember. Why thank you, that's exactly what I needed before taking the stage.

Coming off stage I was met by a "best talk today". Thank you, thank you. Much appreciated. Of course, it's only been half a day so there are plenty more talks coming. Nevertheless, I'm certainly not beyond gulping down another sip of praise.

They kept coming. Throughout the conference I had my fill of that cup. And refills. As any native Swede will tell you, the feeling and notion of memento mori is strong in the Swedish spirit. I had it's strength severely challenged and considered various ways of deflating my ballooning ego.

But, to follow the counsel of what I consider to be the two strongest, most compelling talks of the conference, I've decided to set an example. To embrace my shame of feeling high and elevated by so many kind comments.

You see, I consider myself to be the first to give credit and recognition to my fellows when they do something well. I want them to be proud of their efforts and accomplishments. I want them to acknowledge their acheivements and attempts. Occasionally failed attempts, sure, but bloody good ones at that.

And thus, I cannot belittle others' efforts by belittling mine. It was a well-rehearsed, well-delivered talk that apparently touched something within many that heard it. Thus I embrace whatever shame I feel for stating this in the hope that many more will allow themselves to be proud of what they do when pulling something off after pouring themselves into it.

There's more to tell about what transpired in this melting pot of shared ideas and experiences, but that's for another time. For now, I will savour this shame of mine; the sweet shame of a job well done. 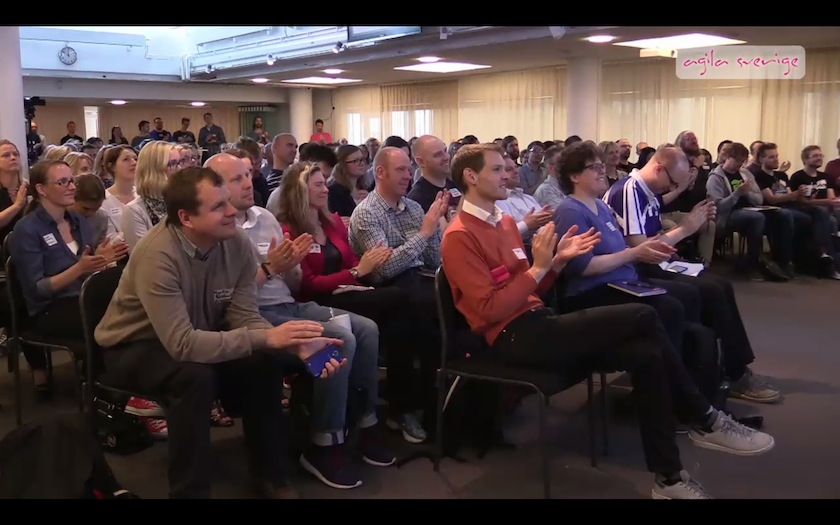