Time again for a new lesson in clicker. Since last time we have practised a bit and Mille has improved a lot. He can now take the candy nicely and my hands are no longer bit to pieces. We have also decided a goal with the training; Mille is going to turn into a nice pony, that doesn't bite or kick.

As for other changes; my co-rider has decided to stop riding Nemah, so I can now use her aswell. For me this means 1 hour of clicker, a bit of a challenge for my rather tired brain. 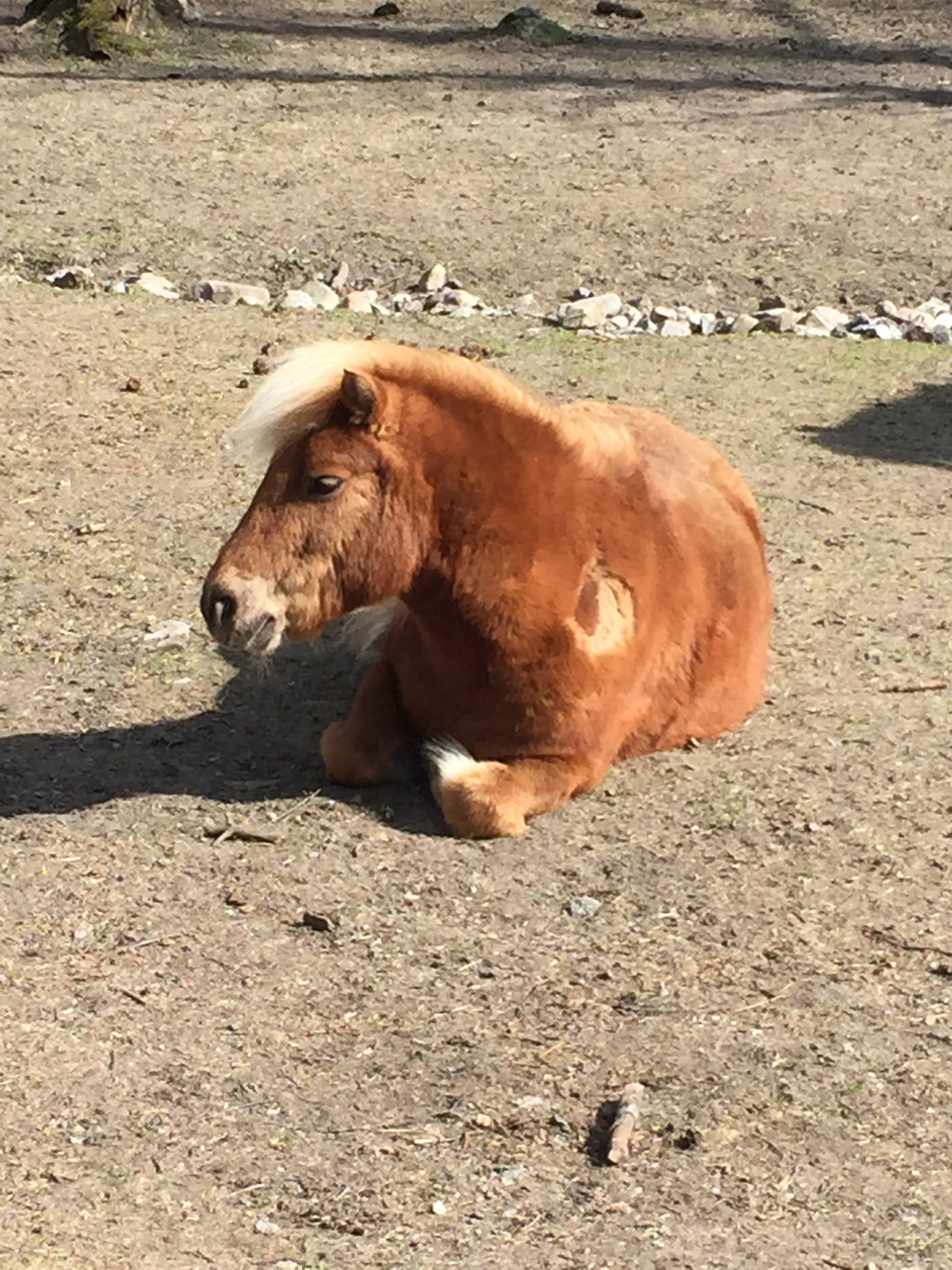 Starting with Mille, Carolina wanted to see what we've been working on. I showed her "come to target" which is something Mille knows perfectly. If I leave the target inside the arena on a break he immediately goes to it to get more candy. This day, however, Mille was in a rather bad mood and was more interested in the grass in the arena, than me and the target. Eventually he did decide to join us.

We then tried the stand still since he has been really good at it. I placed myself by his side and he just kept lowering his head or tried to bite me, he felt really frustrated. We then tried adding a signal to the stand still behaviour, I put my hand on his withers and waited to click until he stood still. He seemed to understand and we repeated this for a while until Mille himself felt it was time for a break and went for the grass again. We discussed the fact that this kind of training should be voluntary and that it's not a good way to force ourselves on to the horse, so we waited. I called for him from time to time and held the target and after some time he actually came back to play a bit more.

We tried again with the stand still on signal, but now Mille didn't understand and got more and more frustrated, trying different behaviours he could think of like moving back and forward, lowering his head and trying to knock me with his head. I tried to just follow him around with my hand at his withers and that finally made him so pissed that he tried to kick me. After that he gave up and went to eat grass again.

We then decided to back up and just train with target again, you really can't force a horse that doesn't want to play and you do want to them to like the training. The next time he came back we just worked with touching target and get candy. That worked pretty well, but he soon grew tired of us and went for the grass again. His half hour was over so we let him be for a while and then we took him out of the arena.

On the way out he stood still so I started scratching him, which he loves. This led to a brief discussion on different motivators, you don't have to use candy. Anything the horse likes can be a motivator, some can even work with just encouraging words. We also discussed the fact that the candy bag got in the way all the time. I really need something better than an old plastic bag that I keep in my hand - it gets confusing and could probably make the frustration even bigger. We decided that for the next time I should work with a signal for the lowering of Milles head, since that has turned into a default behaviour and he doesn't really know when to do it or not.

I also clicked Nemah, our closest goal being to put bridle and bit on her without a struggle. Usually she raises her head high and I really don't like having to force her to take the bit. We have worked on it a little on our own, but I can only get her to gnaw on the bit, not really take it. For this I started with what we already knew how to do and Carolina immediately saw some things we could do to move forward or actually backwards. When a behaviour doesn't work one thing you can do is to break it down into smaller pieces. We took the bit off the bridle and started with only the bit. Nemah also felt the distraction of the yummy spring grass, but she did come to us when we showed her the target. 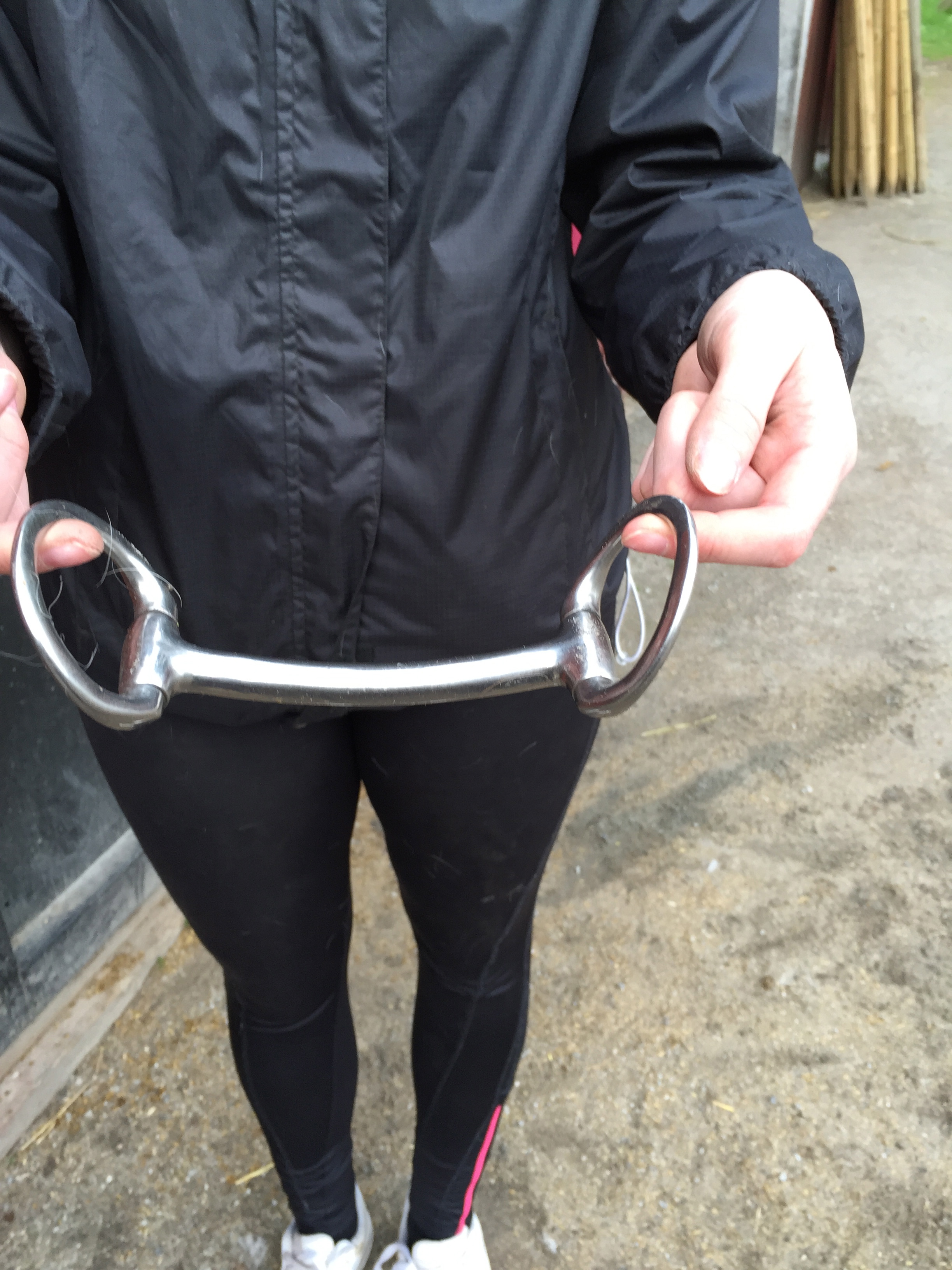 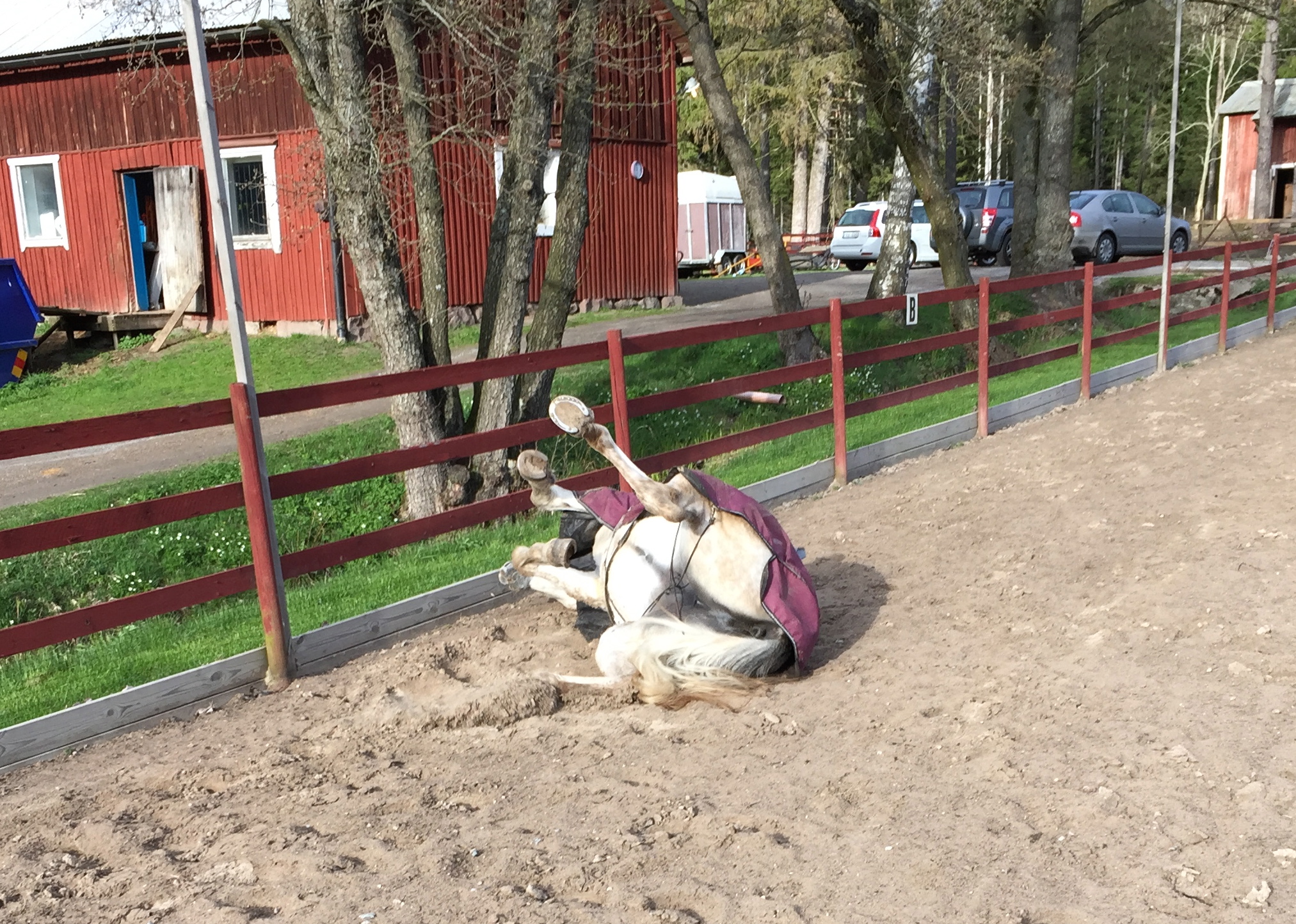 For the second step we tried putting the bridle over her face and ears. First step of that was just for her to stand still and then I put the bridle over her head. If she moved I took it off again and started over. After some tries she actually helped by lowering her head a little. This day we didn't actually put the whole bit and bridle on, we just prepared for doing so in the future when the bit and bridle taken apart works. As a homework we are going to practice this and hopefully we will be able to put the whole thing on by the next training. 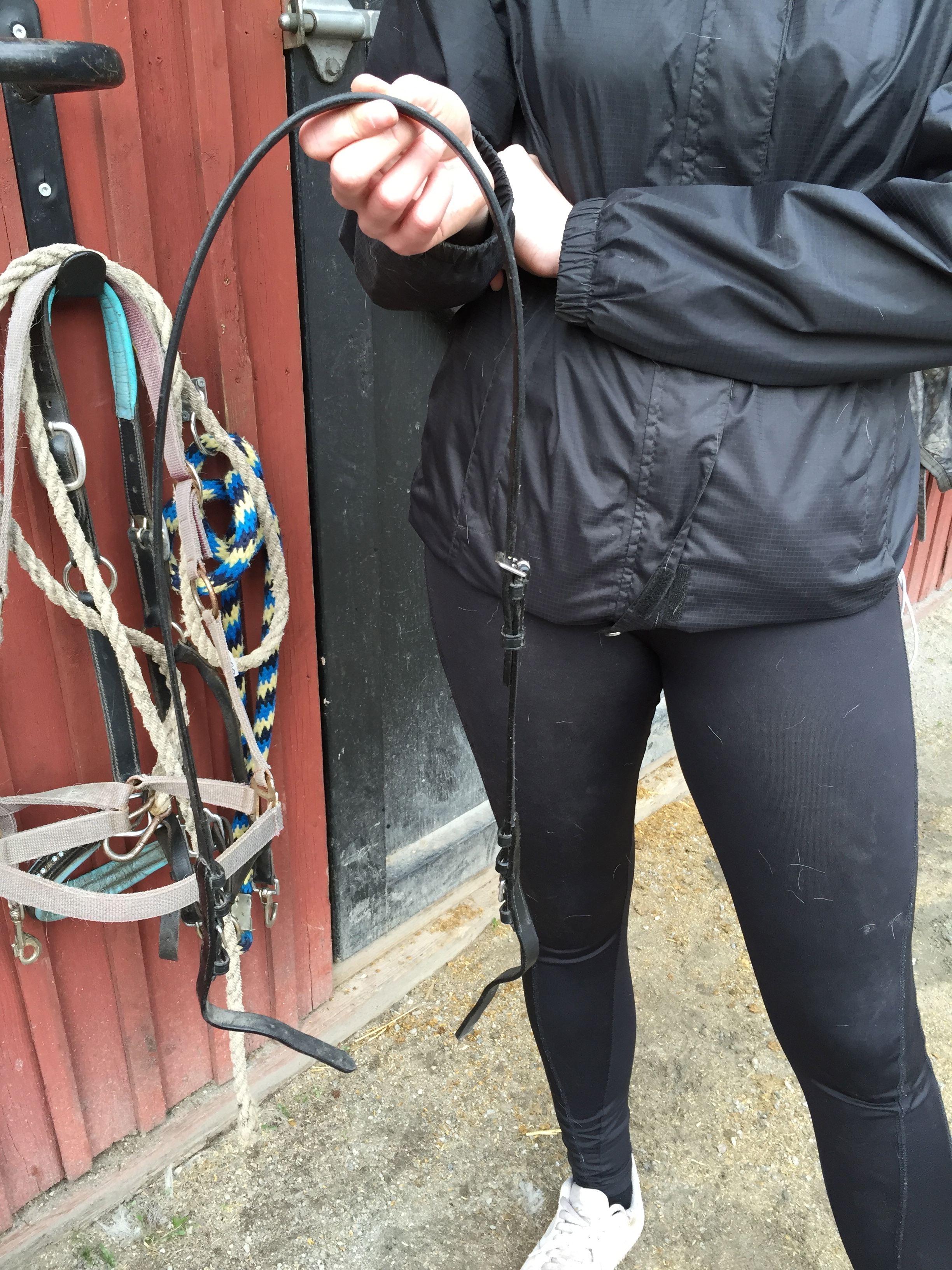