Time to go to the veterinarian

Today it was finally time for the visit to the veterinarian. Me and Nemah are frequent visitors due to the off and on pain in her hooves. By now I am quite used to it, but I would really like an explanation to the problems, be it good or bad, just anything. We went to a new clinic to get a second opinion on the hooves and also to check up on a lameness Nemah's physiotherapeut found a couple of weeks ago.

Going to the vet with a horse is quite an ordeal. There are a lot of things that has to work. One thing is having a horse trailer, another is to have a car. Being as nervous as I am it's not really good to drive, so I also need a driver and of course you need someone to help you with the horse, if she should have a bad day.

With all these things in place there are some other things that are also nice to have. A clean horse, with clean hooves so the vet can stay clean. 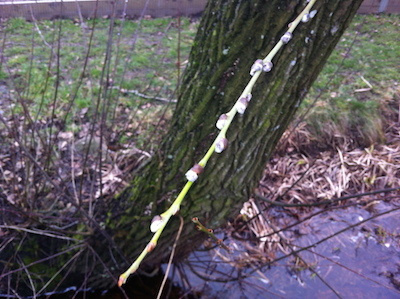 So, this morning I went up way too early and arrived in the stable almost an hour before Nemah's private driver (my father) was due to arrive. Once he arrived we were almost ready and with a little help from Nemah's groom (my mother) we where soon ready to go.

Getting Nemah into the trailer has been a real hazzle before but today I could send her in to my mother that catched her in the front of the trailer. Amazing how easy it can be!

Since horses generally don't speak you can't ask them where the pain is located, you have to use other means of getting the information. With horses that means a lot of running, both for her and for me. But first the vet tries to find warmth or swellings by touching all over the horse, sometimes there is a reaction. Nemah did not react.

So off we went to the indoor menage to lunge[1] Nemah. This way we can see if she is moving normally or if there are any lameness. There were, of course. You could see something in both front legs, more on the right one, but also the right hind leg showed small signs of pain.

We then tried the running in a circle on a harder surface and got an even clearer result. There was definitly something wrong.

So, the last part of the moving examination, running back and forth on a straight line, after the vet has bent one leg joint at a time. This means several rounds, since there are at least three joints in every leg. This however did not show anything else than before, a clear sign that the problem most likely eminated from the hooves.

To be more certain where the pain eminated from we decided to try and remove the pain in the different areas. We started with the right hoof, a not so fun quest as Nemah hates injections. We had to be four people to get the syringe in her leg and she still fought us all the way. After some fifteen minutes we did the running all over again, but since we already knew how the joints looke we didn't bend them. Now we saw that both the left hoof and the right hind leg were worse. 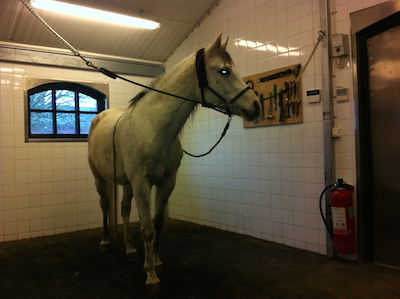 We then wanted to try to put anesthesia in the hind hoof as well, but by now Nemah was really tired of us and kicked when she felt the syringe. It flew 2 meters and we concluded that trying to anesthesise that hoof would be a suicide mission, so let's not. Instead we tried the hock[2], with a slightly better result, but not without a bit of a fight.

After another fifteen minutes it was time for yet another go at the running and now she started to look really good, at least where she couldn't feel anything.

Since there was obviusly something bothering her we wanted to know more and decided to take some x-rays on the legs and hooves. To do that Nemah needs to be druged and to do that, you again have to put a needle in our poor princess. This can sometimes turn into a minor blood bath. 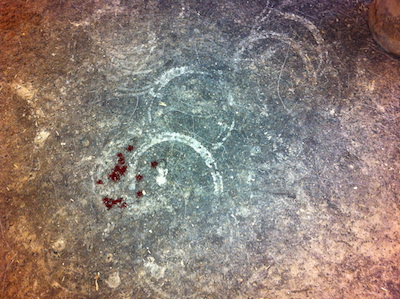 And by the way, by some x-rays I mean like a billion (thank heavens I got salary my last week and have a good insurance for Nemah!). We x-rayed both front hooves (from all directions and including the navicular[3], the hoof and all other bones in the hoof) and the back right hoof (only from the side). Then the hock on the right hind leg (from the front, back, in and outside). 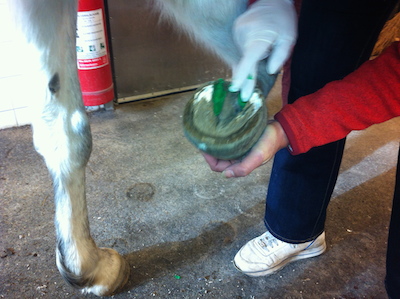 When we looked at the images the hook looked a little bit weird so they hade to retake that one and then also did the other one for reference.

In the hooves - the big problem area, there was nothing. Or at least nothing that should be causing the pain Nemah experience. There was some sidebones[4], and of course the thin soles, but nothing else. In the hocks we found a shadow that looked a bit odd, since it was in both hocks it is probably spavin[5], but as long as the horse gets exercised it shouldn't be a problem. The rest of the joints that happened to show up on the x-ray images where all really good looking, smooth and round. So, we didn't really find any cause to Nemah's problem and the only thing we can do is keep on trying to keep her pain free.

Nemah needs to be exercised so the hocks dont get stiff. The exercise should take place on soft surfaces. The hooves will be shoed the way they are now so she doesn't loose her shoes but also so the seedy toe can heal. The seedy toe also needs to be a bit more cut out and she is getting anti-inflammatory medicine to stop the inflammatory process in all hooves.

For me, who hoped for a clear reason to her problems, be it good or not, this was not at all what I hoped for. Now I still have a horse that should be ok as long as we make sure not to trigger anything. I have a horse that maybe can handle ordinary ridning or she may not... What remains is a confused horse owner, that doesn't really know what to do.