For the past few months I've been increasingly obsessing over the idea of building a cluster of computers. Partly, to accelerate my learning, understanding, and internalisation of distributed computing. Partly, to generate some new content to write about here and talk about at meetups and conferences. Partly, to have an outlet for my desire to do something technical on my spare time, in addition to my general horsing around.

But above all, mostly for the fun of it. 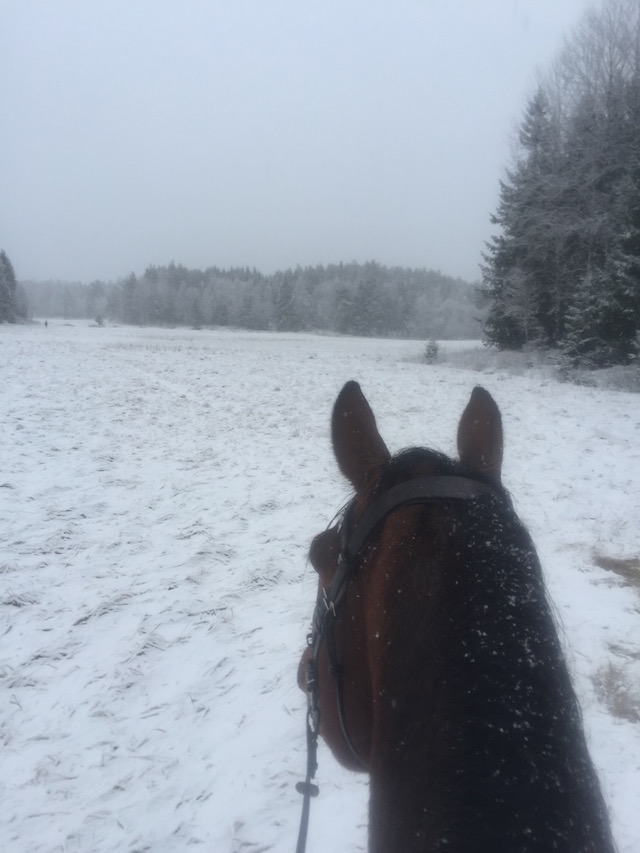 Horsing around with Amadeus on a typical winter's day.

So, where to start? The cute, quad-core Raspberry Pi 3 seems like a decent node when factoring in performance, power consumption, and size. I certainly perceive the lack of gigabit ethernet as a limitation, but remind myself that the purpose of the cluster is not to host an application in production, but rather to be a tool for learning and experimentation.

So I began ordering parts and assembling the cluster as enough them had arrived. Currently, three Raspberry Pi:s and a USB charger are mounted in a stacked fashion. Now, I'm just waiting for a small network switch and some shorter USB and ethernet cables to arrive before digging into the software setup and configuration of the cluster. At the same time, I'm weighing my options for a proper enclosure as the current stack of hardware is not intended to be the final form, but rather the internal structure of the cluster. 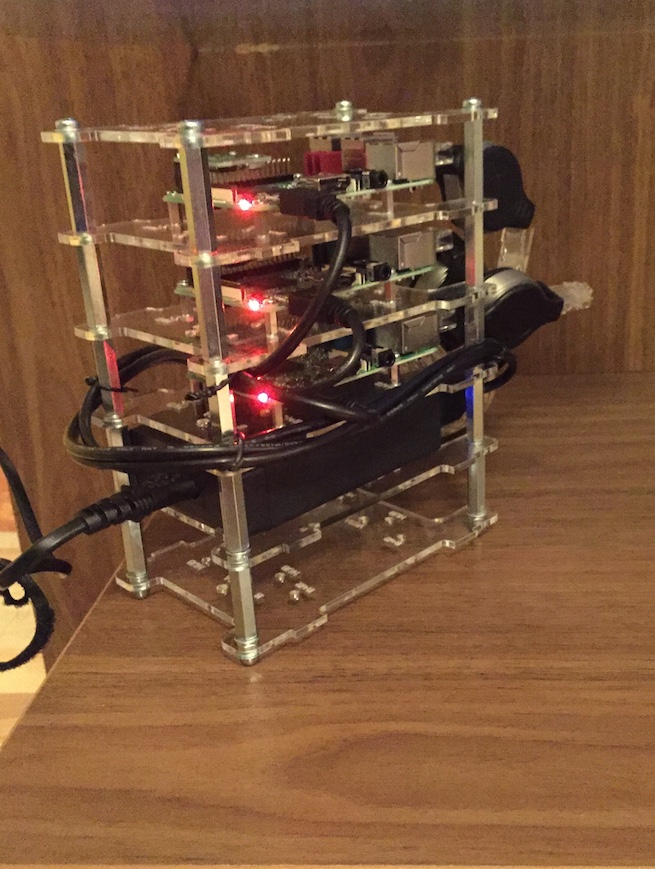 Oh, and in case you're wondering about this post's title, a cluster of Raspberry Pi:s is apparently referred to as a "bramble" by the community. Perhaps a cluster of Apple computers should be considered an orchard?