This is a translation of my Agila Sverige 2014 lightning talk "Den andra familjen". I was recently asked by Magine TV to give it again in English at an internal conference dedicated to company culture. For a recording of the original talk in Swedish, look no further.

At home we live family life. At work we simply work.

At home we relax and reveal our true self. At work we wear a mask of propriety, devoid of emotions.

Does it have to be so? What happens if we stop seeing mere colleges and start seeing the second family?

We spend so much time with our colleges, perhaps more of our waking hours than with our own family. Definitely more than with our siblings and parents.

Life is too short to not have fun and feel at home at work.

So how do you begin?

How do you start your second family?

Well, there is certainly no fool-proof step-by-step guide to follow. However, there are a few signs that indicates that you are on the right path.

Though before we get going, I want to emphasise that I will be using the word "family" in its most positive connotation. Nobody longs for a dysfunctional second family. The first one you might already have suffices. 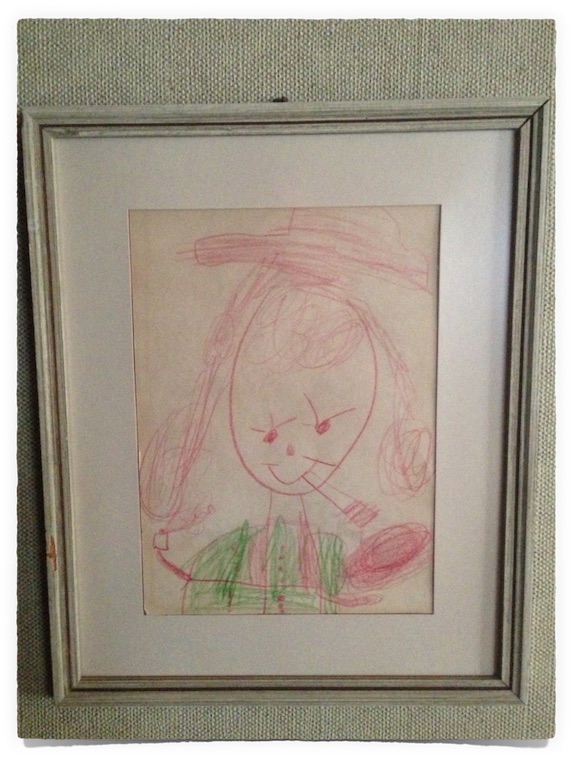 This is a work of art. It was created by my older brother about 35 years ago. Just as any other four-year-olds he used the technique of applying crayons on paper. He has not yet progressed to water colour or oil paintings, but he is good at drawing, these days with ink and black lead rather than crayons.

Unlike many other parents they did not recycle the drawing or put it in a shoebox in the storage, later to retrieve it and ask, when my brother was leaving the nest:

Don't you want this? In your bachelor pad?

Rather, they framed it and placed it on the wall in the hallway. It is literally the first piece of art you see when you step inside the door. And it has remained there on display for more than 35 years. That's a long-running exhibition.

To me, this captures the essence of the concept of encouragement. Encouragement. I think we encourage one another not nearly enough. As a developer it is all too easy to be extremely self-critical. To not think that the code you write, the system you build is good enough.

What you have done is not on par with what the gods of code you look up to achieve, so it can't possibly be good.

At this stage, getting a thumbs up, a high-five, a pat on the shoulder. Encouragement. It makes a greater difference than you can think. Especially if you get it frequently.

Even more powerful than hearing that you have done something well, is to hear it being told to someone else. A proud mention. Your technically simple, yet interesting drawing displayed on the wall. 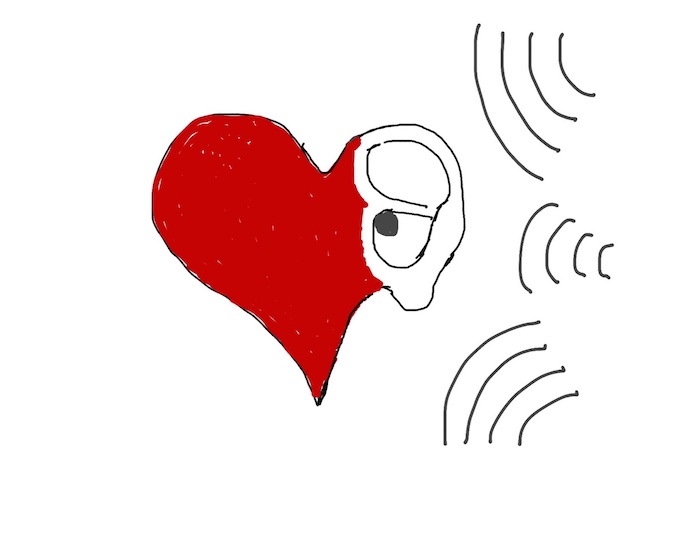 In our second family we listen to one another.

We listen to each other even when we think we know better, because we acknowledge the value of a different perspective.

Little sister's unorthodox, creative solution to a problem we always solve in the same old way.

And in uncle's antiquated Fortran skills lurks a long forgotten lesson we do not miss the chance to learn from.

We build consensus through mutual understanding. Nothing derails us into the down-ward spiral of dysfunctionality as much as internal conflicts triggered by misunderstandings.

We do not only listen to the spoken word but also to the body. And the heart.

We hear the unspoken weariness and give rest.

We hear the unspoken sadness and give comfort.

We hear the unspoken joy and cheer with it,

We do what feels right. Not what is considered to be right. 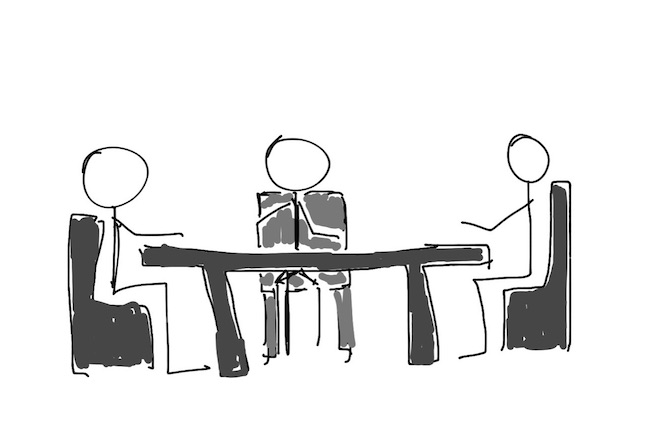 On occasion we do things that turn out to be less than brilliant. Things go bad. Things go wrong. Mistakes are made. We didn't think or we simply didn't know any better.

The family gathers around the dinner table and deals with the problem, because the problem is collectively owned. The cause of it is certainly important to understand and act on, but it is secondary. Assigning blame and shaming is completely out of the question.

The self-criticism and self-doubt will be enough of a lesson. Nothing good will come out of exacerbating it through a "this is your fault" or a "how could you be so stupid".

What the situation calls for is a hug. 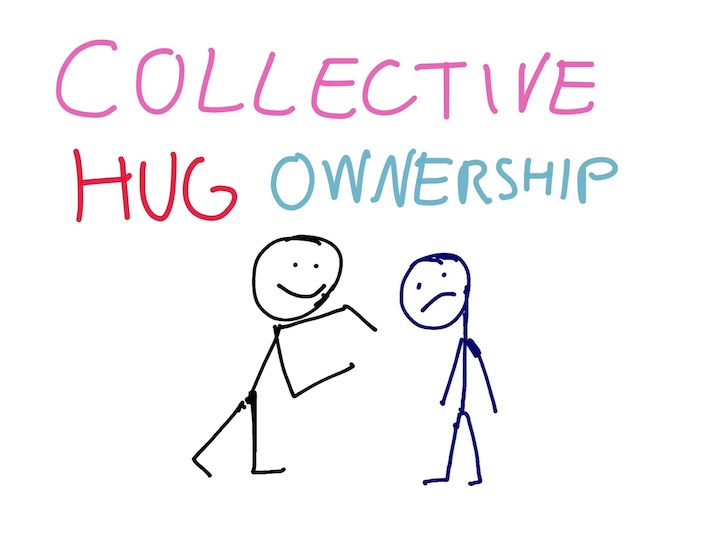 As developers we are well versed in the concept of collective code ownership, but I would like to focus on the collective hug ownership.

Who owns the hug?

Who sees and acts on the need for that hug that will turn a bad day around? Is it the manager? Is it the HR-department?

There are of course numerous objections to be made based on what is proper or socially acceptable. You should not molest your colleges or impose on their personal integrity.

The difference is that in a functional family, we KNOW when we would be overstepping rather than abstaining from ALL signs of affection just to play it safe.

I wouldn't be here if it wasn't for the team.

In the most dysfunctional organisations, at the worst jobs, in the darkest of moments, this phrase is uttered. It expresses how there is something keeping us around when reason and better prospects tell us otherwise.

It captures how real relations reduces risks more than any bonus payout could ever do. Now, in the best of all worlds it should never have to be uttered. In our second family, just like in our first, we do our very best to ensure that everyone is comfortable and respected. Injustice hurts us more than individual gain ever could offset.

On this theme, there's another aspect to consider. A college, a family member, that has stagnated in his or her personal development at this job receives all the help, encouragement, and support possible in order to find the next thing to do in life. In other words, when the stay-at-home dad wants to start taking evening courses in glass blowing, the rest of family eagerly cheers him on, despite knowing that they will have to take on more of the boring cleaning and washing than before.

A family is mindful of the individual development, at this workplace and the next. 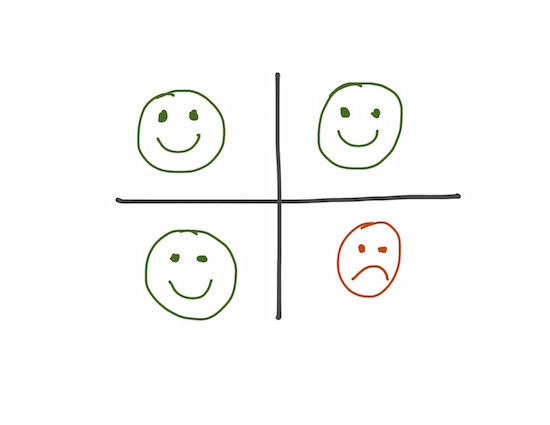 Who should we exclude from our second family? Where do we draw the line for who is in and who is out? 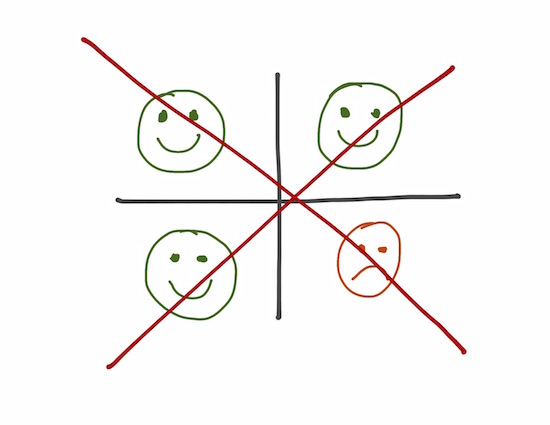 No-one should be excluded. When you ease up on the requirements of blood relationship or the need to marry into a family, you can make your second family very inclusive. Start with your team. Then the rest of the developers. The support people. The sales people. The managers and HR department who we refuse to allow having a monopoly on hugs.

And one day, when we have reached total, complete enlightenment and familiar nirvana...perhaps even our customers.

As I've said, there is no magic recipe for concocting a fully functional family, neither when it comes to the first or the second one. But we can lead by example and show how we want things to be by acting with respect, benevolence, and love towards each other.

Perhaps your current situation makes it hard or impossible to achieve that feeling of having a second family at work. I can't say I'm constantly there to a hundred percent.

But I know that I will not settle for less. And honestly, I don't think you should do either.