Back in May I announced that I would go on a journeyman tour. More than half a year later, that journey is coming to an end. Or rather, to a new beginning.

During my journeyman travels, I was sorely tempted more than once to stay indefinitely at the current tour stop. I've had the privilege to work with so many fun, charming, lovely, brave, and brilliant people that not continuing to do so feels inconceivable to me. So how can I continue engaging with a multitude of curious and eager minds even after my tour ends?

I've often stated that 90% of the idea behind my journeyman tour was simply to have plenty of fun, learn a lot, and share whatever I could. That's as true today as it was when I set out. The remaining 10% was intended as a means of validating whether or not I would like to go back to being a consultant again. I distinctly recall the reasons why I stopped being a consultant four years ago. Thus I decided to use my journeyman tour to examine how I felt about the prospect these days.

For example, having worked for years as part of a team that effectively turned into a second family to me, I knew I couldn't settle for less. Many tour stops later I now know there are many potential second families out there. If you don't feel as part of one, rest assured that most teams I've seen consist of warm and friendly people that genuinely want to work with one another. I never felt any barriers to embedding myself in such contexts, even if I only did so for a few days.

I also realised that I'm far from the one-trick pony a flare of imposter syndrome made me believe a year ago. Programming languages, technologies, and particular developer environments have faded into the background as I've applied my problem-solving and people skills at each and every tour stop. To be clear, mastering a technique or a tool will make you more efficient and valuable as a member of a team, but it is not the only thing that makes you valuable. Especially mob programming has proved itself as a fantastic way of quickly getting into a problem domain, wrapping your head around it, and start providing value.

So yes, I do believe I'm ready to go back to being a consultant.

As of today I've joined Agical, an agile and software development consultancy based in Stockholm, Sweden.

Ever since I got involved in the Stockholm developer community, Agical has been a nexus where knowledge sharers meet. A nexus where both synaptic as well as human connections are made. The good people of Agical have had a profound impact on my personal development as a software craftsman and I'm honoured to be given the chance of performing my craft with friends under such a worthy banner.

And do you know what the best part of it all is? If you and your team want to work with me and like-minded Agicalists, just give us a shout at info@agical.se.

Two days ago when I was just about to get up of the sofa and go make dinner I got a call from the stable owners. Getting a call from them can mean two things; either my co-rider has forgotten to take care of 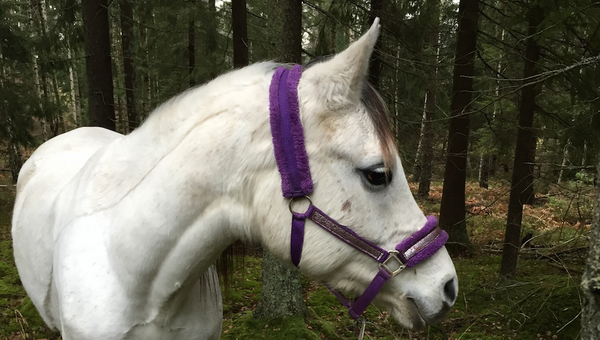 This autumn Nemah has been working more than ever before. It's been dressage trainings, hunts, show jumping competions, and working equitation, all mixed with some nice long rides in the